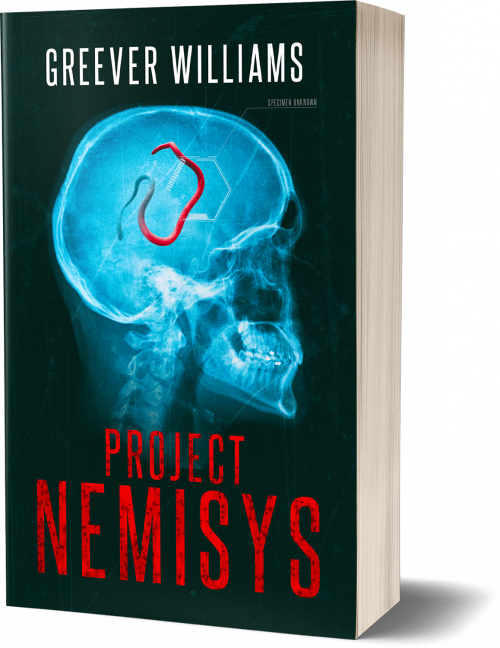 Corporate espionage can be a cutthroat business. But when the world’s two most successful weapons developers both gain access to an alien lifeform, the rivalry becomes deadly on a global scale.

Grayson Mitchell, a contract killer with a conscience, is looking to get out of the assassination game for good. When Elizabeth Duncott, the CEO of an experimental weapons manufacturer, offers him a lucrative contract to find her missing husband, Frederick, Grayson agrees to turn detective with his sights set on an early retirement.

Elizabeth’s niece, Charlotte Bruce, is an accomplished wildlife biologist content to spend her days shadowing a wolf pack. But when she learns of Frederick’s disappearance, she agrees to return to society and help Grayson, for the sake of her uncle.

But Grayson and Charlotte quickly become something they’ve never been before: prey.

Using their combined skills, the unlikely duo confronts dangerous rivals as they race to solve the mystery of Frederick’s disappearance before the sinister truth of Project NEMISYS destroys much more than Grayson’s retirement plans.